You win or you learn 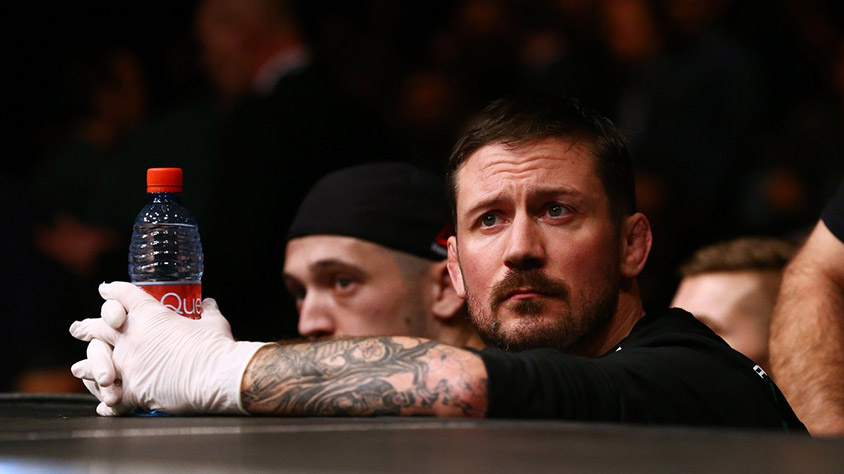 Cold, damp rooms underneath railway bridges have long been the habitat of London’s boxing fraternity.

Rich, claret blood stains decorate the canvasses, consciously left uncleaned, showcasing the struggles of generations of men, who had, at times, eloquently danced, and at others, relentlessly battled within the ropes.

“Get in there son, you’ll be alright.”

Said Ernie, with a half smoked Red Marlboro hanging from the side of his mouth. An octogenarian chain smoker, I never saw him without a cigarette, even when sat at ringside.

Although this was a ‘gym’ nobody dared ask Ernie to stop. I suspect this was less to do with his fearsome reputation as a pugilist than his infamously sharp tongue.

This was my first fight, between the ropes I stepped, terrified, trembling, regretful. I was no tough guy.

I was firmly in the second camp and beginning to profoundly regret my decision to learn.

What was I doing here?

The towering beacon of threat that stood in the opposite corner appeared to be everything I was not. Muscled, broad shouldered, confident, free from fear, aggressive, brutal…and I was about to engage in hand to hand combat with him.

The bell rang, marking the start of the longest 9 minutes of my life.

For two and a half rounds, my opponent delivered an unrelenting barrage of almost entirely unanswered punches. This was David versus Goliath….except David had forgotten his slingshot and there was nothing standing in Goliath’s way.

Finally and entirely predictably, old Ernie threw in the towel.

Perhaps I should have been a thespian, because in by far the best performance of the night, flailing my arms and showing faux-contempt towards Ernie, I managed to convince everybody (except myself) that I was dismayed at the decision to quit.

Truth is, I could have hugged Ernie.

I sat, in pain, on the bench in the corner as he did his best to tend to my bruises.

“You win or you learn Kid. This time you learned.” Ernie was a kind man underneath his rough exterior.

I glanced over at my opponent in the opposite corner. His eyes still burning with hatred, his muscles still pumped with adrenaline. Victory clearly not enough to satisfy his blood lust.

“What have I learned taking a one sided beating from that nasty thug? Nothing.” I said.

Ernie just shook his head. He’d heard it all before.

Taking a shower after a fight doesn’t heal the wounds, but when the warm water is cascading over your shoulders and down your back, the edge of the pain seems to be taken away.

I’d been in the shower for almost 30 minutes, eyes shut and hands pressed firmly against the tiles, when I heard the shower next to me being turned on.

“How are you feeling mate?” Said an unfamiliar voice.

I opened my eyes and looked across. The voice asking how I was feeling was coming from the very person who had delivered my pain.

How dare he come in here and ask me how i’m feeling. I thought to myself.

I had thought his retort was serious until I noticed a smile breaking across his face. This smile slowly turning into a laugh. I started laughing too.

And then we talked for hours. Openly and candidly like old friends.

The brutal ‘thug’ who had ‘handed me my ass’ was an orphan. He grew up in various homes and fighting had been a part of his life from early on.

Finding boxing helped him escape from street life, it had taught him discipline, respect and self belief.

He’d endured a hard existence that was short on love. I’d judged him to be a thug based on his appearance, and whilst his appearance gave away his tough, fighting background, it did little to explain the whys or the wherefores.

This ‘thug’ is one of the most decent and considerate people I have been lucky enough to meet, and remains a close friend. Today he is a dedicated local community worker, keeping underprivileged children away from a life of crime.

“You win or you learn kid.”

I learned nothing about boxing or even losing that day, but I did learn about reserving your judgement. I learned that everybody has a story.

Most importantly, I learned that sometimes when you lose, its not immediately clear what you learn from it.

Sometimes, you have to look a little harder for the lesson and it’s not always what you might expect.

Until recently, I like to think I was pretty adept at looking for the lesson when things didn’t turn out the way I had expected or wanted.

Always reminding myself that the lesson would be there if only I looked hard enough.

The truth is, i’ve struggled to find meaning in the loss of our darling daughter. The promise of life was dangled, only to be inexplicably snatched away before it began.

She never experienced a hug from her Mummy, never a kiss goodnight on her forehead from her Daddy.

Looking down on my daughters perfect little face, I was stunned by the enormity of what we had lost.

Until that moment Zoe had been conceptual, now she was very real and painfully absent.

This is the biggest loss of my life. A pain the likes of which I have never felt. A deep love reserved for a special little girl trapped inside.

What can the lesson possibly be?

A Gift from Zoe

We knew Zoe had Down’s syndrome, and plenty of other challenges besides, and because of this we had to change the way we looked at the world around us.

We are more understanding people because of Zoe.  What a simple, but priceless, gift.

This was Zoe’s gift to us.

Our positive nature focuses on this wonderful gift, as we move forwards in our lives with Zoe deeply entrenched in our hearts.

Thank you to everybody.

Over time we will do our best to personally thank every person who has sent us kind messages and made donations to Sands, the charity for stillborn and neonatal deaths, in Zoe’s name.

The Team Body Project website is about to undergo some very exciting changes, LOTS of new workouts and plenty of very cool updates.

I apologise for the short delay and hope you understand why we have not rushed back into production. We are more focused on making Team Body Project the BEST workout website in the world than ever.

Thank you for your patience. You are our lifetime members, so you will experience everything very soon 🙂

If you would like to make a donation to West London Sands,  you can do so on the link below.

These donations really do mean a lot to us.