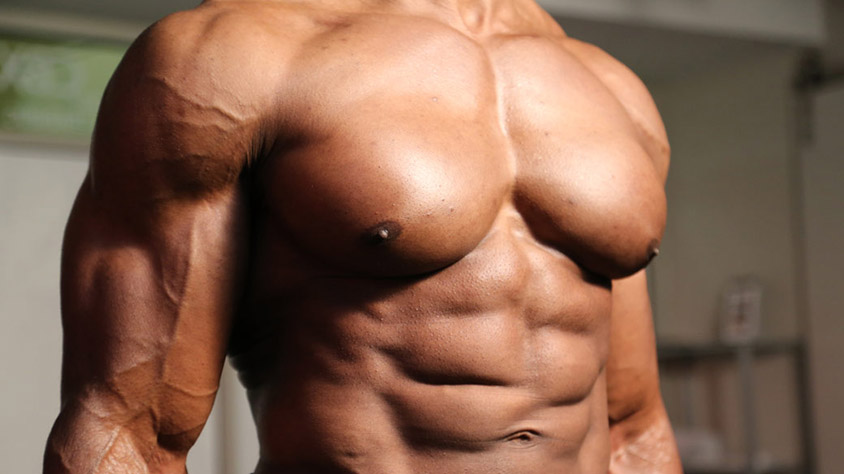 Back in the early nineties, gym culture was heavily influenced by bodybuilders.

Resistance training for the mainstream was still a foreign concept. Women feared that two sets in the squat rack and a couple of bench presses would have them looking like Arnold Schwarzenegger.

Men, hoping they would take on the form of Arnie, were disappointed, even surprised, when they didn’t.

Now, In the dietary sphere of the bodybuilding world, protein is king.

Protein to a bodybuilder is as plankton is to a blue whale. And they consume roughly equal quantities.

An ever curious young man, I was eager to enlighten myself with the methods bodybuilders were using, so I started asking questions.

After many weeks of sitting in locker rooms listening, I discovered the deeply scientific methodology that sat behind the “body builder diet” in the good old days.

IMPORTANT: In order to gain the following information I had to sit through many hours of men 20 years my senior discussing subjects as varied as: issues at work, girlfriend/spouse problems, roof extension costs, landscape gardening ideas, deliberations over where to holiday. None of this was remotely interesting to an 18 year old. The sacrifices made to glean the information you are about to read were immeasurable.

How to eat like a bodybuilder in the nineties!

A) If you’re trying to get ‘bigger’ (muscles) : Eat as many carbs, proteins and fats as possible.  However much protein you think you need. DOUBLE IT.

B) If you’re trying to get ‘lean’: Stop eating carbs. Keep eating protein. NEVER stop the protein. Actually double it again just to be safe.

I decided to go for option 2. Stop eating carbs. I’d been hoping for some time that a girl may actually talk to me. I figured a six pack would  increase the odds of this happening*

(*Remember, this was decided by the insecure, unsure of himself, 18 year old Daniel, who was patently wrong. 2016 Daniel knows that kindness, generosity of spirit and an open personality are all FAR more important than appearance! We learn as we grow.)

So with all remnants of carbohydrate banished from my already sparse student cupboards, I proceeded to follow a diet of protein, protein. And protein.

For a little while there, my energy levels were pretty decent, I felt hungry some of the time but for the most part I was OK.

My training didn’t suffer as was suggested may happen. Things were seemingly going well…

…then, suddenly it hit me. My energy levels tanked.  Wiped out overnight like a rowing boat in a thunderstorm.

As the storm approached, Daniel questioned his decision…

I was struggling to get out of bed, let alone work out…but I was a determined young man and not about to let something as trivial as hypoglycaemia get in the way of potential teenage kicks….

…and after 2 months of eating ZERO carbohydrates, I glanced proudly in the mirror and concluded that if I could find an opportunity to remove my t-shirt I had a fairly decent chance of a girl actually talking to me*.

Eating no carbs and copious amounts of protein had depleted me of my energy, zest for life, sleep and sanity. BUT I WAS LEAN! Washed in the infinite wisdom only possessed by the young, I decided it had worked.

I wanted to whip my shirt off as quickly as possible and reap the rewards, but even though young, naive and impressionable, I knew that removing ones shirt in shopping malls or on high streets was socially unacceptable and was probably not going to have the desired effect.

I had to be patient and wait for the right opportunity.

Fortunately, it was summer time and Brighton sea front was a short train journey from London. Taking your shirt off on the beach was socially acceptable.

So myself and two equally malnourished but lean friends, packed our lunch boxes with boiled eggs and beef jerky and took the short journey to our destiny.

On arrival we decided we were definitely in the right place; 28 degrees and packed full of young people.

We found a suitable spot (where we figured the highest amount of people could see us) and proudly removed our shirts.

Focused. Silent. Tensing. Oh what fun we were having. (We were young, forgive us).

You’ll probably be as surprised as we were when you learn that three young girls started talking to us. (I know).

We panicked, what do we do now? We looked at each other and shrugged our shoulders, clueless as to what to do next. This wasn’t part of the plan. They weren’t actually meant to TALK to us.

Alas, my panic turned to despair as a deeply unwelcome and rather enormous quantity of trapped wind found the most unsuitable moment to decide it needed to be relieved.

One side effect of a high protein diet is that you are in fairly constant need of passing wind. Anybody who has been in a car with closed windows, accompanied by somebody and has felt this urge coming on knows just how uncomfortable this can be.

Fortunately, and inexplicably the young girl didn’t seem to notice the odd faces I was pulling or the strange contorted body positions I was assuming. Her mouth was moving but I couldn’t hear a word, my senses drowned out by the intense biological urge to relieve oneself of pent up gas.

Then it happened. I spotted an opportunity. About 20 yards away from me a football had strayed away from its owners.

AHA. I thought. I can run and kick the football,  showing off my football skills and releasing my trapped wind at the same time. Opportunity comes dressed in strange guises.

Out of the box thinking can get you out of a tight spot.

“Excuse me for a moment”

I said, as I turned and ran majestically (in my mind) towards the ball.

It was perfectly executed. At the very moment my foot connected with the ball, sending it high towards its owners, I released my trapped wind.

Now, it was a particularly ‘loud one’. However, it was a noisy beach and the young girl was sufficiently far away not to hear it. (I think. I hope…)

As for the young family that were sat right next to the ball innocently constructing sandcastles. I still wonder what they think about the young man who kicked somebody else’s ball whilst letting out the most enormous fart on Brighton beach that day.

Returning to the young girl triumphantly and filled with confidence gained from neatly and expertly navigating ‘windgate’, I decided I should probably try and engage in a conversation rather than just try and look cool.

Alas, with every word that came out of my mouth, she seemed to step a little further back. Was I boring her that much?

My fragile, youthful ego was taking a most unwelcome battering.

The more I said, the harder I tried, the more she backed off.  Finally, she and her friends excused themselves and disappeared down the beach.

“What do you think happened?”

I said to one of my friends. Anticipating a profound and philosophical justification for the loves we had lost before we had have even had the chance to love.

He replied, in a way that close friends can but newly acquainted girls cannot.

Whilst this account is fun, the message is less so. Exclusion diets are rarely a good thing. This diet was deeply damaging to my health.

Over the years, i’m embarrassed to admit I have tried almost every dietary protocol imaginable and read almost every available paper on nutrition.

Conflicting information is abound. It is hard to know what is right and what is wrong, even with education and experience.

There are however, a few conclusions I have come to that would seem to apply to most people.

What have I found to be the best diet?

Note: This is what I have found works best for me. Not in any way a suggestion that it would be best for you.

We get asked how we eat ALOT. So I will answer.

These days myself and Alexandra are Pescetarians. (no animal produce except fish and seafood). We eat lots of vegetables, fruits, seeds and whole grains. Very little sugar for Alex, almost none for me. Exceptions being dark chocolate and we both like a glass of wine. I like a cold beer (or two).

I opted to stop eating meat and poultry not for particular benefits to health (although on a personal level my energy increased when I stopped and my overall health/digestion/sleep improved) the science is still conflicting as to whether eating meat is better or worse for you, depending on which review you read…

….rather, eating animals no longer sits well in my soul. It’s no more complicated than that. This is a point both myself and Alexandra agree on. It is a personal decision and not based on health. (although, we do FEEL that it is better for our health).

I believe the macronutrients and micronutrients required to achieve outstanding health levels can be achieved with various methods. Meat or No meat. What matters is getting sufficient macros and micros in your diet and eating enough calories to sustain good energy for your chosen lifestyle and activities.

Finally, you’ll be pleased to know that after that fateful day in Brighton, I decided that taking my shirt off and tensing my (pretty insignificant) muscles in public was not for me.

So you need not concern yourselves with being exposed to topless pictures of me any time soon. (although I reckon I could still execute an undetectable ‘covert flex’ if required.)